This is a Sponsored post written by me on behalf of Nectresse™ Sweetener for SocialSpark. All opinions are 100% mine.

Have you heard Lisa Ling talking about NECTRESSE™Sweetener yet? She is singing its praises. It is the newest product from the manufacturers of splenda. Nectresse is the only 100% natural sweetener made from real fruit. It is made from monk fruit extract. I had to research this further, because I had never heard of monk fruit. I found that Self magazine ranked it in it's top 7 new food finds. I was sent a sample to try, and this is the dessert I created. 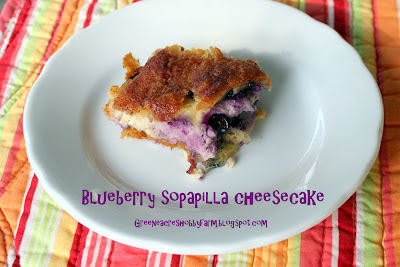 And I made my normal recipe substituting Nectresse for the sugar.

According to Self magazine, "It is a great, natural calorie-free sweetener option. Monk fruit contains unique natural antioxidants called mogrosides which have a delicious sweet taste, but are calorie-free! But you probably haven't heard of it before because monk fruit has traditionally been grown on steep forested mountains in small family orchards, so there just hasn't been a lot of it. Now a New Zealand company called BioVittoria has established a grower network which exclusively cultivates its Sweet-Delicious monk fruit seedlings. You can't buy monk fruit sweetener on its own yet, but it is already being used to sweeten some of your favorite foods, such as Kashi products and Bear Naked granolas. Sometimes you will see it listed on the ingredient label with its Chinese name "luo han guo" or "luo han fruit."
Here is what Lisa Ling had to say about this new sweetener. Check out this video and share it with your friends and family.
Are you convinced yet?? Why not start with a FREE sample of NECTRESSE™SweetenerFREE sample of NECTRESSE™Sweetener. Try it for yourself and see what you think. It is an excellent substitute for sugar in your favorite recipes. If you are not sure what recipes you can substitute NECTRESSE™Sweetener in, visit their website at http://www.nectresse.com/ and search their amazing array of recipe options. I used one of my favorite recipes and substituted Nectresse.
Blueberry Sopapilla Cheesecake Dessert
Ingredients:
1 8 oz package cream cheese, softened
1/2 cups white sugar (Sub 1/4 cup Nectresse)
1  tsp vanilla extract
1 egg
1 can crescent roll dough
1/4 cup melted butter
1 tsp ground cinnamon
Blueberries
Directions:
1. Preheat oven to 350 degrees F
2. Beat the cream cheese with Nectresse(sugar), egg, and vanilla in a bowl until smooth. 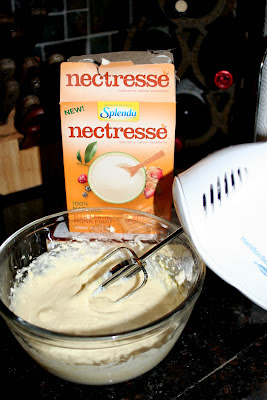 3. Unroll the can of crescent roll dough, and use a rolling pin to shape into rectangles. Press one piece in the bottom of a 9x9 pan. Spread cream cheese mixture into the baking dish. Sprinkle with blueberries. Cover with remaining crescent dough rectangles. 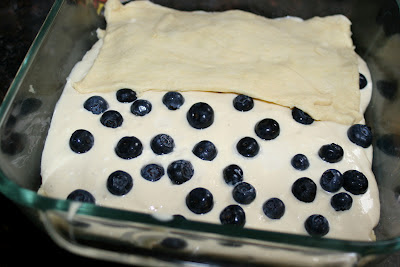 3. Drizzle the melted butter evenly over the top of the cheescake. Stir the remaining 2 tbsp nectresse (3 tbsp sugar) together with the cinnamon in a small bowl, and sprinkle over the cheesecake.
4. Bake in the preheated oven until the crescent dough has puffed and turned golden brown, about 45 minutes. Cool completely in the pan before cutting into squares. 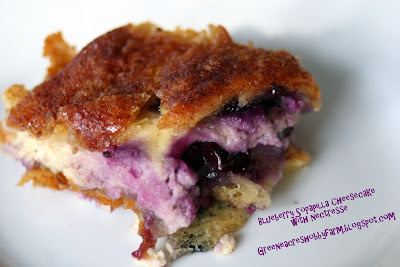