Choo Choo! All Aboard the cardboard train...
﻿
﻿

This project started with three boxes of the same size and one a bit larger. They were all the same width. I first used an exacto knife to cut off the top flaps of the boxes. All it took was 1 1/2 cans of black spray paint to cover three boxes. 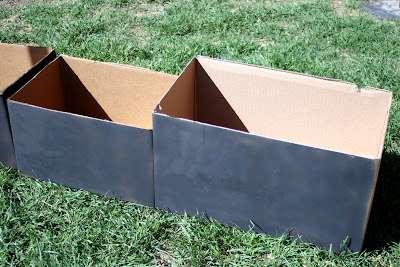 I used my flap scraps to help create the front of the train. I cut off a small triangle on one side. See below. I then used that triangle as a pattern to cut the same size off the other side of the flap.﻿ 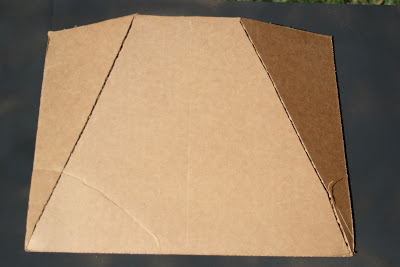 I cut four of these out and taped them together. The easiest way to describe the finished product is it looks like a lampshade.﻿ 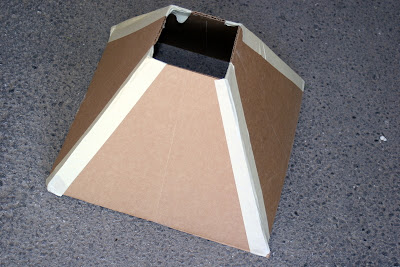 I carefully taped it to the front (larger) box starting at the top.﻿ 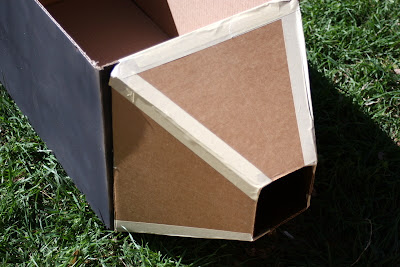 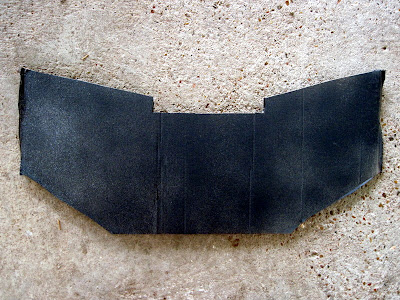 To make lines on the front grill I spray painted tape silver and then pressed the tape on at even intervals. I also took an old battery operated push light and painted it black. 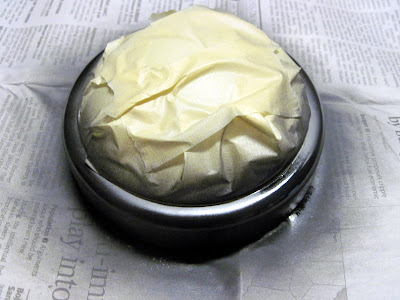 I used hot glue to help attach the grill and light to the front. 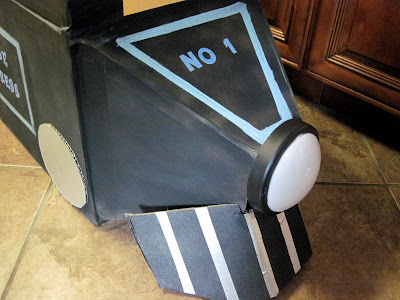 ﻿
﻿I also cut circles out of the cardboard and painted them silver. I attached them on the sides as wheels with glue. Almost done...but then I decided it would be so much cuter if there was a front window to peek out and a cardboard box seat inside. Luckily, I had a little helper testing it all out as I went. 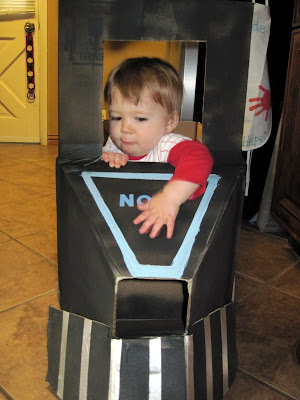 The party is over and my boys are still having a great time playing on the train. 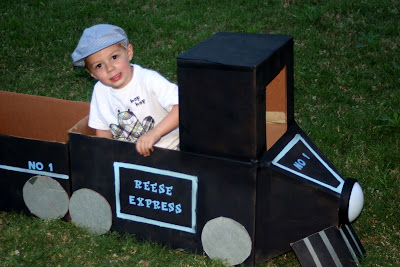 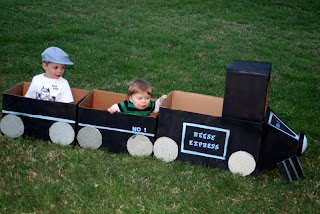 Ok. Apparently the fun is over! Lol! Time to get off the train...and fast. 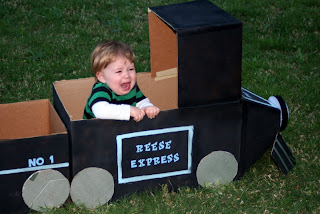