In preparation for our trip to Thailand, I worked on many ideas for travel games for the plane. We had a 21 hour flight here, and I knew I needed as much entertainment as possible for my son..and me! I would guess the typical four year old has a 5-15 minute attention span...and that means lots of toys and games! I created this fun little game called the Passport Game. I made the game out of felt and it required some sewing, but keep an open mind. You could just as easily make the Passport travel game out of scrapbook paper and glue. 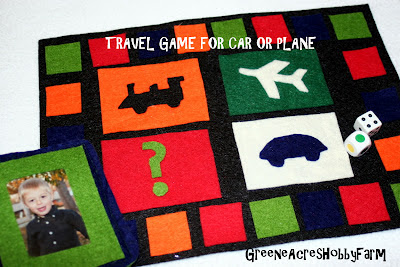 Directions:
1. I started by making our passports. I cut out a rectangle that was  x   . I then cut four vinyl pockets that were    x   . I sewed on the pockets allowing for 3 tickets in each pocket. The picture below is easier then a full description. (Remember, if you don't like to sew, you could use glue or make the whole passport out of scrapbook paper instead) 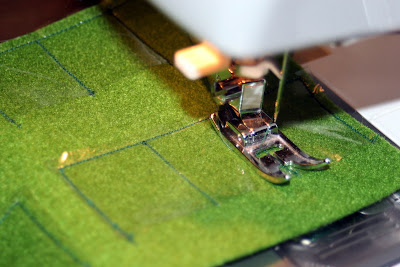 The passport allows for 12 tickets. This makes for a fairly long game. Feel free to use less. Because of the stitches that showed on the back I decided to sew another piece of felt on the back in blue. 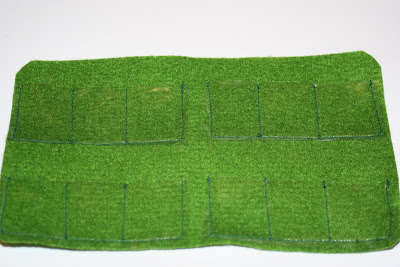 2. Next I cut a piece of vinyl a little larger then my child's photo. I placed the photo under the vinyl and hot glued it to the front of the passport. 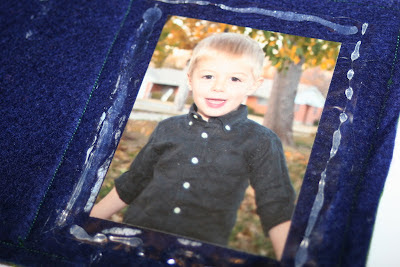 4. I framed it out with green felt to give it a finished look. Almost like a real passport! So fun! 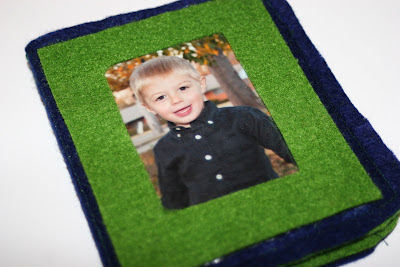 5. The game board itself was very fast to make. I started with a piece of black felt for the board. Then I picked four colors of felt. I cut four large ones for the center and glued them on. I then cut coordinating colored squares to line the outer edge of the board. I glued the squares on as well.

6. The game has four categories: Train, plane, automobile, and the mystery category. I cut out symbols for each of the categories and glued them on the center rectangles. 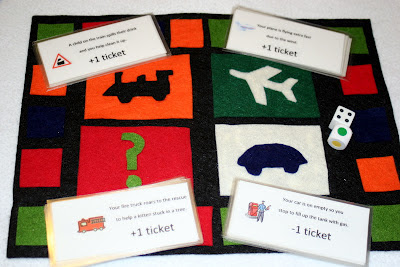 7. Next, I created game cards for each category. I went ahead and laminated them to preserve the game for longer.
Click here to access the link to print the game pieces. 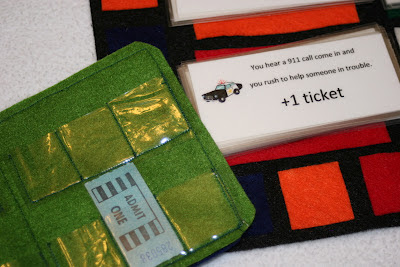 Play starts by placing both players in the bottom right corner square. Place each stack of category cards on their relevant rectangle in the middle of the game board. We used candy as our players (game pieces) on the plane. (It makes a sweet treat at the end of the game).

Game continues until your passport is full. The first player with a full passport is the winner! I ended up removing some of the minus tickets to make the game move faster. However, I left all of them on the template and you can add and change them as needed.

This game was a huge success on the plane!