Are you ready for the 4th of July yet? Have you scoped out where to go see the best fireworks? I googled the whole DFW metroplex today, and found out Granbury, Texas has an amazing show. It is a really small town, but apparently they have an enormous fireworks show. It was ranked in the top 10 in the Southwest and top 50 in the nation. It is tomorrow night...so we will see if I can keep the kiddos up late enough to go at 9:40pm. Yikes! Today we made a Star Spangled game to play in the dark. 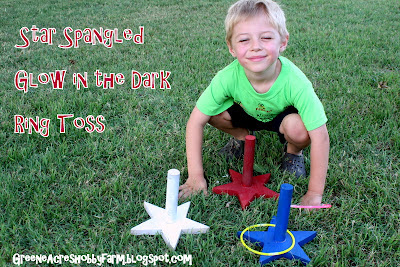 We started playing as soon as it was completed. Our rings for the ring toss were made out of two glow in the dark bracelets put together. They held together even better then I expected. 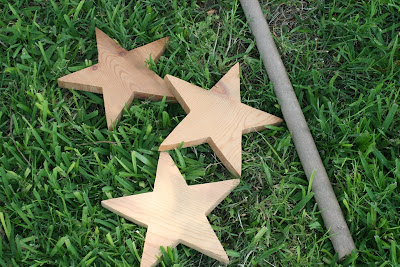 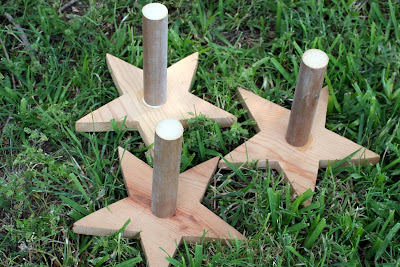 All of my supplies were left over from previous projects. The dowel rod was just long enough to cut into three sections. I used wood glue to adhere the dowel rods to the wooden stars. 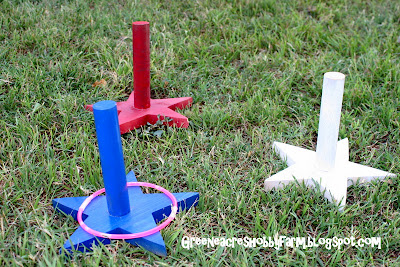 Next, I painted them red, white, and blue...the obvious patriotic color choices of course. 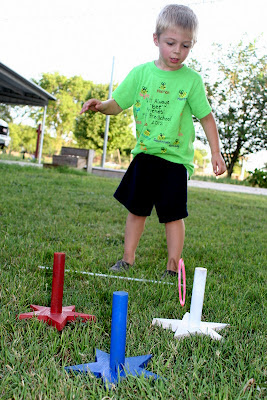 Game on! My son is so competitive and we are really working on sportsmanship and behavior. Lol! At first I kept telling him he could not be a "bad sport" when we played games. It took me a while however, to realize he did not know a "bad sport" meant a poor loser or attitude. He just thought I was telling him he was horrible at it. (That was what he was already upset over) Oops. Lesson learned. Sometimes, I just think my kids are little grown ups and I don't even realize what they don't know yet. I really want to teach him it is just about having a good time and trying. 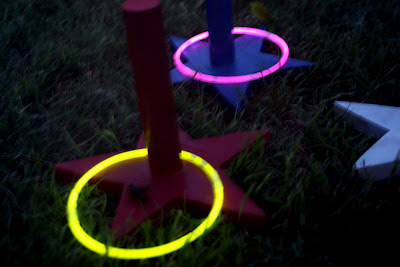 As it grew darker, we grew better, and the boys loved how the rings glowed in the dark. Did anyone else notice that pesky little cricket that jumped into my picture for his "superstar" moment on the red star?

Have a wonderful 4th of July!!!